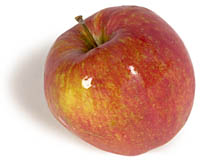 Richard Dennis is not the only teacher of trend following. Quietly, Ed Seykota has taught many traders. Some may argue that Ed has been an even more prolific teacher than Dennis. Ed has long called his educational gatherings: The Trading Tribe. Easan Katir adds:

Journalists, interviewers and such like to hedge their praise and use phrases such as “one of the best traders” etc. If one looks at Ed Seykota’s model account record, and compares it with anyone else, historical or contemporary, he is the best trader in history, period. Isn’t he? Who else comes close? I don’t know of anyone. Livermore made fortunes but had drawdowns to zero. There are numerous examples of managers with a few years of meteoric returns who subsequently blow up. The household names, Buffet and Soros, are less than half of Ed’s return each year. One might apply filters such as Sharpe ratios, AUM, etc, and perhaps massage the results. But as far as the one central metric — raw percentage profit — Ed is above anyone else I know, and I’ve been around managing money for 20 years.

“Jim Hamer’s experience and education in business, computer programming, piloting, and the financial markets have provided a solid foundation as an investment manager. Jim graduated from West Virginia University. He began his career working in his family’s lumber business. After spending many years in the lumber business Jim decided to pursue a dream he had always had – managing money professionally. In the late 1980’s Jim became a member of the Chicago Mercantile Exchange. As a ‘floor trader’ he predominately traded stock index and currency futures. He left the floor to move in the direction of portfolio management. He secured the training of one of the industry’s legendary traders – Ed Seykota. Mr. Seykota’s accomplishments have been documented in the book “Market Wizards”. Several other top futures traders: Michael Marcus, Bruce Kovner, David Druz – were influenced by Ed Seykota. Under Mr. Seykota’s guidance Jim learned the importance of risk management and techniques of systematic trend following.
Source: Jim Hamer Bio

Chauncey DiLaura brokered stocks for about 20 years when he met Ed Seykota in 1989. After attending some of Seykota workshops, he quit the brokerage business and started trading for his own account.”
Source: Futures Magazine

“Greg Smith, the principal and trader behind IEM Global Trading, went to the UK as a specialist welder in 1980, planning to work on oil rigs in the North Sea. Instead, he got interested in futures while working at the International Commodities Clearing House in London, where he notified brokers of their daily margin positions…Smith did an impressive amount of research and networking before establishing his own…business. In 1990, he joined a loose group of traders brought together by Ed Seykota to discuss the psychology of trading, risk management and other issues…Being in Australia and working at the other end of the clock from much of the rest of the world has not proved a problem for IEM. We set up trades first thing in the morning, at 8 a.m., when we receive the fills from close of New York business, says Smith. They receive all the data, run the trading models and generate orders by 10 in the morning. Then they turn to reconciling the broker’s daily trading statement, which comes through at 11 or 12. At around 5 p.m., Smith downloads the prices from the Sydney Futures Exchange. And if he’s trading on the SFE, he sends the trades through at night.”
Source: Managed Account Reports

Q. What about starting capital? How much money must a person have before starting to trade?
A. Good money management is equity invariant. I’d ask a trader who thinks he needs a certain amount before he can trade exactly what amount he would need to stop trading.

Q. What are some of your favorite books that people should consider reading?
A. Through the years I have gained tremendous insight, perspective, skills, inspiration and strength from books. A short list of some of my favorite books about the markets would have to include Extraordinary Popular Delusions by Charles McKay; Reminiscences of a Stock Operator by Edwin LeFevre (about Jesse Livermore); and The Crowd by Gustave Le Bon.
Copyright (c) Technical Analysis Inc.

Keep in mind, Livermore’s words hold wisdom, but his volatile life is another story. He might well have benefited from Ed Seykota’s Trading Tribe.

“The only time I really ever lost money was when I broke my own rules.”
Jesse Livermore

“Profits take care of themselves – losses never do.”
Jesse Livermore

“Remember, you do not have to be in the market all the time.”
Jesse Livermore

“The successful speculator must always have cash in reserve, like a good general who keeps troops in reserve for exactly the right moment, and then moves with great conviction, and commits his reserve armies for final victory, because he has waited until all the odds are in his favor.”
Jesse Livermore

I believe that the public wants to be lead, to be instructed, to be told what to do. They want reassurance.They will always move on masse, a mob, a herd, a group, because people want the safety of human company. They are afraid to stand alone because the pressure is to be safely included within the herd, not to be the lone calf standing on the desolate, dangerous wolf-patrolled prairie of contrary opinion.”
Jesse Livermore

Reasonable people act unreasonably when they are afraid. And people become afraid when they start to lose money, their judgement becomes impaired. This is our human nature in this stage of our evolution. It cannot be denied. It must be understood.
Jesse Livermore