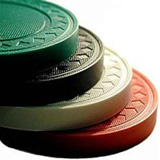 Picture an oak-paneled English drawing room. Two obviously wealthy gentlemen sit in their armchairs facing a roaring fire, puffing on their pipes and discussing their philosophy of trading. It is my proposition, Colin, that anyone can be taught to be a superior trader. There is nothing magical about it. There is no rare talent involved. It is simply a matter of being taught the appropriate rules and following those rules. There is no question in my mind that I could train virtually anyone to make a fortune trading. That is nonsense, Duncan. You just think your trading success is due to your system. What you do not realize is that you have a special talent. You could print out your rules in twelve-inch-high letters and have people read them every day for a year, and they still would not be able to do what you do in the markets. Your success is a function of your talent. It cannot be taught! Well, Colin, this must be the hundredth time we’ve had this discussion. Let’s settle it once and for all. Why don’t we just pick ten people, teach them my system, give them each 1 million to trade and see what happens. That’s an excellent idea, Duncan. Pick your ten people, train them, and if by the end of one year they are not ahead, on average, by at least 25 percent–a modest figure considering that you normally make two to three times that per year–you pay me 1 million. If they are up by more than 25 percent, I will pay you the same amount. Duncan and Colin then proceed to the window, watching the passersby for potential candidates for their experiment. Each time they agree on an individual, they send their butler out to summon the person. — The above may sound like a fanciful plot for a story or movie. (Actually, it is a very loose adaptation inspired by the delightful Mark Twain story, The 1,000,000 Bank-Note.) However, change the setting from London to Chicago, eliminate the monetary element of the bet, and substitute a more sophisticated method for screening candidates, and you actually have a true story. The legendary trader Richard Dennis, who reputedly transformed an initial stake of several thousand dollars into a fortune estimated at $200 million, essentially had the same argument with his partner, William Eckhardt. It was Dennis’s contention that trading success could be taught, while Eckhardt scoffed at the idea.