This website was named TurtleTrader® and the phrase “turtle trading” was coined by Michael Covel because it described a great story about how a group of non-traders were taught to trade for big profits. Some of these original TurtleTraders have continued to be successful while others have failed in grand fashion.

Jack Schwager’s ‘Market Wizards‘ books originally positioned these traders as winners all, but secretive and reluctant to share their so-called “secrets” with the world. Today, TurtleTrader remains the ONLY independent voice on this subject revealing the pros, cons and myths. 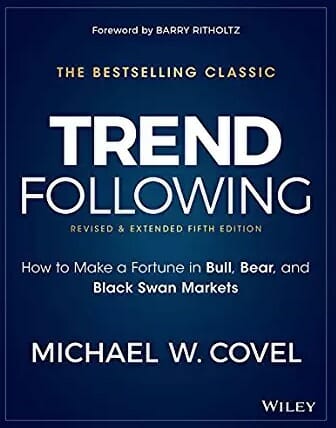 An Excerpt from the Complete TurtleTrader

What is the equity being traded? The Turtles had to know how much money they had at all times, because every rule they would learn adapted to their given account size at that moment.

What is the system or the trading orientation? Eckhardt instructed the Turtles that in advance of the market opening, they had to have their battle plan set for buying and selling. They couldn’t say, “Okay, I’ve got $100,000; I’m going to randomly decide to trade $5,000 of it.” Eckhardt did not want them to wake up and say, “Do I buy if Google hits 500 or do I sell if Google hits 500?” They were taught precise rules that would tell them when to buy or sell any market at any time based on the movement of the price.

The Turtles had two systems: System One (S1) and System Two (S2). These systems governed their entries and exits. S1 essentially said you would buy or sell short a market if it made a new twenty-day high or low.

What is the risk aversion of the trader or client? Risk management was not a concept that the Turtles grasped immediately. For ex- ample, if they had $10,000 in their account, should they bet all $10,000 on Google stock? No. If Google all of a sudden dropped, they could lose all $10,000 fast. They had to bet a small amount of the $10,000, because they didn’t know whether or not a trade was going to go in their favor. Small betting (for example, 2 percent of $10,000 on initial bets) kept them in the game to play another day, all the while waiting for a big trend.

Day after day, Eckhardt would emphasize comparisons. Once he told the Turtles to consider two traders who have the same equity, the same system (or trading orientation), and the same risk aversion and were both facing the same situation in the market. For both traders, the optimal course of action must be the same. “Whatever is optimal for one should be optimal for the other,” he would say.

Now this may sound simple, but human nature causes most people, when faced with a similar situation, to react differently. They tend to outthink the situation, figuring there must be some unique value that they alone can add to make it even better. Dennis and Eckhardt demanded that the Turtles respond the same or they were out of the program (and they did end up cutting people).