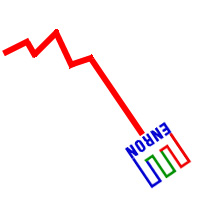 Stinging commentary regarding all players in the Enron affair:

Enron is Nothing New

The article below paints a bleak picture of what is left of Enron, once a global trading giant. To make it even more instructive, we’ve included some editorial comments:

The collapse of the energy company Enron has inevitably become a metaphor for many of the sins of modern capitalism. It may be, but the story is more complicated than a simple tale of victims and villains. Capitalism derives its strength from the power of self-interest and the ingenuity of the human spirit. But its weaknesses also stem from human nature, which can convert the quest for riches into self-deception and dishonesty. The dangers mount in periods of economic and financial exhilaration when — as we’ve just experienced — the stock market seems the fastest path to instant wealth. People yearn for their pot of gold and, to get it, stretch rules and lapse into wishful thinking.

TurtleTrader® comment: This description of how wishful thinking contributed to Enrons’ collapse is accurate and insightful.

TurtleTrader® comment: We agree. No one must be let off the hook for willingly suspending their disbelief, not to mention their moral code, to go after illegal profits.

To work well, capitalism needs accurate information. Even with ideal information, markets make mistakes. Miscalculation is inevitable, because risk implies failure as well as success. But false or misleading information compounds the dangers, and the booming stock market inspired a boom in misleading information. For example, there’s EBITA — earnings (profits) before interest, taxes and amortization (debt repayments). Companies emphasized earnings on this limited basis in their news releases and played down the more complete reports. The justification was that investors wanted to see a company’s raw operating profits without the clutter of debts or taxes. The trouble, of course, is that companies have to pay debts and taxes.

TurtleTrader® comment: These comments are accurate, but needlessly complex. There was only one key piece of data needed to judge Enron as an investment: the share price. See the chart.

The Securities and Exchange Commission and the Financial Accounting Standards Board, an accountants’ self-policing organization, did little to check these abuses. By and large, people wanted to believe the best, and the temptation to present the glossiest face was Enron’s undoing. At its peak, the company’s stock traded at $90 a share; now it’s selling for about 50 cents.

TurtleTrader® comment: Why would anyone hold onto a stock that goes from $90 to 50¢? Even if Enron was the biggest scam ever must we not also take to task the mindless investors who held on down to 50¢ a share? Are they not guilty of something more than simply being lazy?

Lawsuits may uncover wrongdoing, but outwardly, Enron’s 401(k) program seems fairly typical, says Jack VanDerhei, a pension expert at Temple University. According to company spokesman Mark Palmer, Enron matched employee investments with a 50 percent stock contribution: If I invested $5,000, Enron would put up $2,500 in stock. The stock contributed by the company could not be sold until a worker reached 50; but there were 20 investment choices — including buying Enron stock — for personal contributions. True, there was a total trading ban from Oct. 29 through Nov. 12, because the plan’s outside administrator was being changed. But, says Palmer, investors were informed of a ban in late September and early October. They could have sold then or anytime earlier. Enron’s stock had dropped all year, from $68.50 in February to $49.10 in June to $27.23 in September. Obviously, many didn’t.

TurtleTrader® comment: Of course not because Enron’s collapse is a classic case of fear and greed at work. From upper management manipulators of the facts to those employees who ignored the facts, everyone is accountable. For trend followers, the lesson of Enron is that trend following will always continue to excel.

Enron’s downfall stemmed mainly from its own mistakes. Whether some corporate officials crossed the line between creative obscurity and illegal concealment is an open question. But in a larger sense, the collapse reflected the financial fever of the past decade. The profit motive — the promise of reward for risk and effort — is a great incubator of invention and wealth. But those who glorify capitalism’s triumphs often forget that it’s also vulnerable to the frailties of human nature. There was a mass merchandising of dreams and delusions that was indiscriminate in its effects. Candor was corroded, judgment clouded. Pursuing self-enrichment, people often follow the path of least resistance. It sometimes leads to a cliff.

TurtleTrader® comment: The cliff is the end of a journey many investors take. They start out with no map, no compass, and no plan, so it’s no wonder they end up at a point of no return. There is nothing new in the revelation that many traders have no system for handling the Enrons of the marketplace, but if you are prepared from the beginning for these dramatic trends, up or down, you can profit.