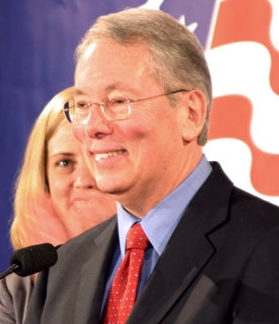 Insight from Blair Hull on how he got interested in the markets:

Q. “How did you first get involved in the markets?”
A. My interest probably dates back to when my grandfather charted stocks. I didn’t really understand what he was doing, but the idea of having capital working for you was appealing. The desire to learn about the financial markets led me to business school at Santa Clara University. After graduating, I got a job as a security analyst at Blair and Company. Exactly 3 months after I started, the West Coast research department was eliminated during the bear market of 1969. While at my third job with Kaiser Cement, I got interested in playing blackjack by reading a book called Beat the Dealer by Ed Thorp. From 1971 to 1975, I went to the Nevada casinos regularly. During the period when I was winding down my involvement in blackjack, I started to work on some option valuation models. The paper on this model was published in 1973. I was unfamiliar with the literature, so in 1975 I was busy constructing this model, which in fact had already been developed. In late 1976, I applied to be a market maker on the Pacific Stock Exchange.The New Market Wizards by Jack Schwager

Hull was working as a trader in the pits at the Chicago Board Options Exchange when it dawned on him that he was in the wrong job. Pit trading isn’t just mind work; you have to shout, stand, and jump all day doing business with traders whose sole goal is to take all your money. I was one of the slowest traders, Hull admits. That’s why I left the floor. Hull left with a vow never to be slow again and began working on automating his trading on computers. That was 1989. Today, Hull’s company is one of the world’s premier market-making firms, setting the bid-ask price on stocks listed on 28 exchanges in nine countries. In some venues, the Hull Group trades nearly a quarter of the entire daily market volume. That is no small feat, considering that other American market-making firms have consistently tried and failed to set up shop overseas. Hull is an aggressive firm in this country, too; its trades account for 8 percent of the volume in U.S. equity-index options in the Standard & Poor’s 500 Stock Index, the Russell 2000, and the Dow Jones Industrial Average. And Hull buys and sells as much as 1 percent of all shares moving on the NYSE. What distinguishes Hull’s firm from other trading giants, such as Goldman Sachs, is that it does an extremely high volume of small trades that pay small amounts each, while a Goldman does fewer trades for more money. We do about 30,000 trades a day, Hull explains, involving on average about 700 shares each. Speed, of course, is essential in executing Hull’s trades efficiently. Hull has a staff top-heavy with Ph.D.’s drawn from the sciences. Lately, the firm’s massive computer network has been sorting through patterns in stocks according to genetic algorithms. Our view is that if you have a mouse in your hand you’re too late, Hull says. Indeed, his computers trade stocks faster than the human eye can see them scroll on a screen. The system is designed to predict patterns that will unfold in the market over periods as short as two minutes. In a business that isn’t normally modest about its technological savvy, Hull and his automated trading shop are the envy of Wall Street’s top firms. So much so that, in July, Goldman Sachs paid $531 million for the whole shebang. They told us they bought us because it would have taken them two years to build a similar system, Hull says, and that by then, we’d be two years ahead.

Hull was originally profiled in the New Market Wizards.