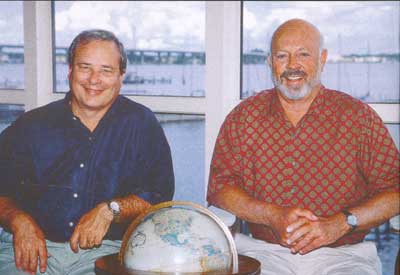 A Day in the Life at Dunn Capital

Look at the monthly returns and look at the chart of the Yen. Do you see the correlation between gains/losses and ups/downs in the chart pattern? Dunn initiated the position in 1/95 and rode it until the top. He reversed the position on the downside of the first peak. The reversal was short lived as you can see by the spike back upward. Then there is the rather protracted steep downside reversal followed by Dunn.

Dunn initiated a short position in the Yen after the first peak and did not get out of the position even when it when badly against him. He stayed in the position with mounting losses. However, the losses never approached his entry position on the short side. Consequently he sat there with great discipline and waited. The 4/95-6/95 flat/loss period in his returns corresponds directly to the same flat period in the chart.

The huge downside move rewarded his patience. This example was not seat of the pants trading. There were precise rules. Dunn’s system is 100% mechanical. And by and large Dunn’s past returns are highly correlated to other trend followers.