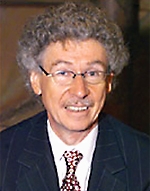 Everyone wants to be rich, but few want to work for it.

Richard’s mom was Irish, and he takes after her. The only son of a mechanical engineer, he went to St. Ignatius and DePaul but, “I credit more of my success to what the nuns taught me at St. Margaret’s.” The School Sisters of Notre Dame got their message through to Richard Driehaus. “The sisters told us that you’re responsible for your own actions.” The kid rang doorbells in Brainerd growin’ up. “Hi, Mrs. Murphy. I’m Richard Driehaus, your paperboy, collecting for the Southtown.” The paper delivery was 35 cents then, but most of the ladies would give him two quarters and tell the lad to keep the change. “I would make several dollars a month in tips, and at Christmastime I would make as much as $25 or $30.” He bought his first shares of stock with the newspaper route money when he was 13. At Ignatius he read the Wall Street Journal in the cafeteria. The story goes that one day at St. Margaret’s, Sister Henricka asked the class, “What’s 3 percent of $10,000?” Everybody but Richard raised their hand, and Sister asked him why. He said, “Sister, I’m just not interested in 3 percent.

The stock market is like a woman. You observe her. You respond to her. And you respect her.

Unconventional Wisdom in the Investment Process

Excerpts from a speech given by Richard Driehaus:

Often, the opportunities for truly attractive investments are not obvious. In fact I frequently have to challenge what appears to be conventional wisdom. Today, I would like to present a similar challenge to you. I assume that most of you are relatively conservative investors, with capital preservation as one of your major goals. I also assume that, as conservative investors, you would probably agree that the best way to preserve capital is to use a sensible asset allocation. The challenge is–what is sensible?…Now let’s move to our second area: things I’ve learned while investing money over the years.

A Stock’s Price is Rarely the Same as a Company’s Value:

The first thing I’ve learned is that a stock’s price is rarely the same as the company’s value. The reason for that is the valuation process is flawed. Stock prices are heavily affected by market dynamics and by investors’ emotions. These emotions swing widely from pessimism to optimism. Also, many investors buy stocks with the intention of holding them for 1 to 5 years based upon information that really only applies to a short-term time horizon. While the information they are using to invest may be valuable, it is often the wrong information for their investment timeframe. If people invest in a company based on current information, they have to be prepared to act on any changes in that information in a much shorter time frame than most investors are prepared to do.

I don’t know how best to define a paradigm other than to give you one. But, I can say that they are beliefs that most people have. Unfortunately, they are often outdated and really no longer true. However, people tend to hold onto these beliefs. In fact, they search for evidence to support them and reject information that conflicts with these paradigms.

Perhaps the best known investment paradigm is buy low, sell high. I believe that more money can be made buying high and selling at even higher prices. I try to buy stocks that have already had good price moves, that are often making new highs and that have positive relative strength. These are stocks that are in demand by other investors. What is the risk? Obviously, the risk is that I’m buying near the top. But, I would much rather be invested in a stock that is increasing in price and take the risk that it may begin to decline than invest in a stock that is already in a decline and try to guess when it will turn around.

Just Buy Stocks of Good Companies and Hold onto Them:

A third paradigm is don’t try to hit home runs–you make the most money by hitting a lot of singles. I couldn’t disagree more. I believe you can make the most money hitting home runs. But, you also need a discipline to avoid striking out. That is my sell discipline. I try to cut my losses and let my winners run. Perhaps that’s a paradigm too, but it is one that works.

You Must Have a Value-based Process:

Often when I talk to consultants, they like to see a very systematic, value-based process. They think that each stock has to be submitted to some type of disciplined, precise and uniform evaluation. But the real world is not that precise. I’m convinced that there is no universal valuation method. In fact, in the short run, valuation is not the key factor. Each company’s stock price is unique to that company’s place in the market environment and to its own phase in its corporate development.

The Best Measure of Investment Risk is the Standard Deviation of Return:

Another paradigm and one that I deal with frequently is that the best measure of investment risk is the standard deviation of return. In other words, volatility. But, volatility only measures risk over the short-term. We are discussing long-term objectives. For most investors, a major long-term risk is portfolio underperformance, due to insufficient exposure to high returning, more volatile assets. In my opinion, investment vehicles that provide the least short-term volatility often embody the greatest long-term risk.

It’s Risky to Place Your Money with a ‘Star System’ Manager:

It’s risky to place your money with a star system manager. I disagree! In any industry, performance is achieved by the stars. Working with a diversified group of investment management stars is probably the safest way to invest. Think about it: great ideas, inventions and works of art have always been created by individuals, not groups or committees. This is also true in the investment business: good long-term results have been achieved by talented individuals.