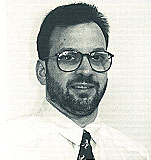 James DiMaria worked in the futures and securities industries since 1976, then traded commodities futures a the Mid-America Commodities Exchange in Chicago. In April 1983, he became an analyst for Mid-Am Options, an options trading firm. In January 1985, DiMaria was picked by Richard Dennis as one of his 20 original students, the Turtles. In June 1986, he returned to being a self-employed trader and later started his company, JPD.

Checking in With ‘Turtle Traders’ 30 Years Later by Yolanda Perdomo:

The Eddie Murphy comedy “Trading Places” celebrates its 30th anniversary this summer.The box office hit explored whether a person who has no formal training can make millions in the markets. The two main characters, Mortimer and Randolph had two counterparts in Chicago traders William Eckhardt and Richard Dennis.Dennis reportedly made his first million by the age of 25. A few months after the movie hit theaters, Eckhardt and Dennis put an ad in the newspaper looking for new talent.

“The ad looked like the New York Yankees looking for a starting shortstop,” Michael Cavallo said. He was already in commodities, for the beverage department at General Cinema. But the idea of working with Dennis was on a whole other level. The ad read something like this: a group of applicants would be trained in Dennis’ proprietary concepts, trade only for him and get a percentage of the profits.

Chicagoan Jim DiMaria was among those picked. DiMaria says he got an $18,000 draw. “That was enough to pay my grocery bills and I knew that was going to be secure,” DiMaria said. The name turtle came from Dennis, who thought he could train traders as fast turtles were raised in farms. Michael Covel is the author of The Complete Turtle Trader. He says Dennis and Eckhardt believed the markets were a reflection of people and their decision-making or their human behavior.

“If a market was moving up, you want to be following that trend, if it’s going down, you want to be following that trend and the idea being if the market is moving down, you’re shorting the market to make money if the market drops,” Covel explained. Dennis and Eckhardt took around 20 people: about half with no business background. Michael Carr is a Wisconsin native who worked for the company that created Dungeons and Dragons. Carr and the other Turtles had three and a half to four years to make money after two weeks of training. He says part of the recruiting process included answering personality questions like “how important is money to you and why? and ‘would you rather be good or lucky?’”

Carr, Cavallo and DiMaria won’t say how lucky they were. But they didn’t lose money. But not all of the Turtles made money. Several were dropped early in the program. Richard Dennis and William Eckhardt declined to be interviewed for the story. DiMaria would describe the experiment as a success. “If this were in fact the dollar bet (like the one made in Trading Places), which is the theory, (then, yes) can trading be taught…but maybe not to just anyone,” DiMaria said. Michael Covel says the lessons learned from the Turtle Traders continue today. “I think they’re seen as visionaries and very successful traders,” Covel said. Today, Cavallo is in Massachusetts and works for the Clinton Foundation. Carr is a freelance writer in Wisconsin. DiMaria is still trading with his own firm.

From the James DiMaria Home Page:

The origins of the Turtle nickname are as obscure as the selection process, though DiMaria advances the notion that the moniker means over the long run, we’re going to win. In 3 1/2 years as a Turtle, DiMaria’s trading results proceeded in fits and starts, and over the long run he came out ahead.

Jim DiMaria learned an important trading principle in the less lucrative arena of baseball statistics: The players who score the most runs are home run hitters, not those with consistent batting records.

It’s the same with trading, DiMaria says. Consistency is something to strive for, but it’s not always optimal. Trading is a waiting game. You sit and wait and make a lot of money all at once. The profits tend to come in bunches. The secret is to go sideways between the home runs, not lose too much between them.