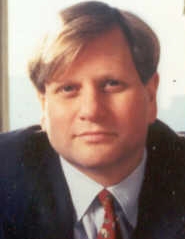 Three decades of experience in the financial futures and derivatives markets has provided Mr. Borish with an in depth understanding of global markets and their complexities. He brings a valuable perspective as an asset manager, seasoned investor, and corporate adviser to critical financial discussions.

Mr. Borish currently serves as Chairman and CEO of Computer Trading Corporation, an actively managed fund focused on macroeconomic investing. He created the trade and risk management models his company uses to manage assets in the derivatives markets.

Identifying opportunities that enhance financial market efficiencies drives many of Mr. Borish’s other endeavors. This includes Quadriserv, Inc. a technology driven securities lending platform, which emphasizes price transparency and process efficiency. He currently serves as an investor in and Board Member of the company. He has also served as CEO of Twinfields Capital Management, a global macro hedge fund focused on the fixed income sector, and Chairman of the Board of Directors of OneChicago, LLC.

For ten years he was a founding partner and Director of Research for Tudor Investment Corporation. Mr. Borish’s career began at the Federal Reserve Bank of New York where he monitored foreign exchange futures and options.

Previously, Mr. Borish served as a Board Member of the Futures Industry Association (FIA), a Special Advisor to the Board of Directors of the Chicago Board of Trade, and as a staff member of the Presidential Task Force on Market Mechanisms (Brady Commission) to study the stock market decline of October 1987.

Additionally, Mr. Borish now serves as Chairman of the Institute for Financial Markets, a nonprofit dedicated to participating in the development of standards and fostering best practices initiatives in the financial services industry. He is a founding member of the Board of Directors of the Robin Hood Foundation, which funds New York City educational projects for disadvantaged children. He is a mayoral appointee to the Youth Board of the New York City Department of Youth and Community Development and a Board Member of the Math for America Foundation.