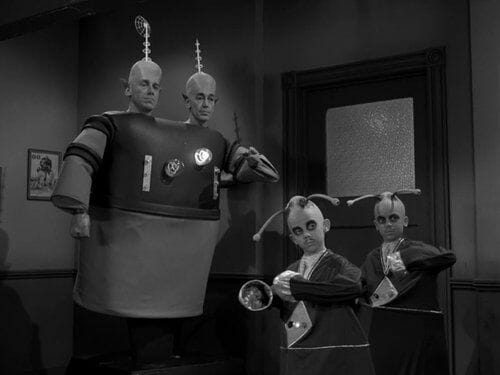 “People are shortsighted, overconfident in so-called predictive skills, and irrationally prone to buying insurance on cheap home appliances. In short, they exhibit tendencies not unlike your not so swift brother-in-law.”

“The human brain responds to high-stakes trading just as it does to the lure of sex. And the riskier trades get, the more the brain craves them.”

“Social conformity drives human beings. Even if the group is wrong, people go along.”

Sounds about right, right? Consider the question: Does raw human emotion dictate financial decisions, or are we rational calculators of our self-interest?

The idea that we behave irrationally when it comes to money may not seem radical, but it challenges the dominant University of Chicago economic philosophy that has framed business and government for fifty years. Their campus has given rise to more Nobel Prize winners in economics than any other institution. Nearly all share the common assumption:

When it comes to money, we are highly rational.

One of the foremost champions of that view is Gary Becker:

Other academics are not on board for obvious reasons:

“The 2008 crash really matters because much of the behavior that led up to the crash is unexplained by the discipline of economics.”

“I don’t see this as a failure of economics, but we need a whipping boy, and economists have always been whipping boys, so they’re used to it. It’s fine.”

Those economists defend their view no matter what. People and markets are rational? Small children now know that is not true. However, university professors have convinced themselves human beings only use robotlike logic. On the other hand, Jeremy Grantham has made money for 40 years by finding price bubbles and betting against them:

“We’ve found 27 bubbles. It’s euphoria causing the price to go up and realism causing it to fall back, and then, eventually, unrealistic panic, as it begins to feed on itself, and the lemmings head in the opposite direction.”

One academic does see it like Grantham. Nobel Prize winner Vernon Smith devised an experimental market in which investors could create a financial “bubble.” Far from learning from their experience after creating a bubble, investors would go on to create yet another bubble. This time, the bubble occurred earlier than the prior experiment and was not as pronounced as the first. When investors were asked why they allowed themselves to create a second bubble, the most common response was they thought they could get out before the top this time. Smith’s research showed that the only reliable method of removing bubbles is to use players who are experienced twice over. We apparently only learn after two blowups!

Give Rod Serling credit for figuring it all out back in 1960, and give him more credit for burying it so elusively in an episode of The Twilight Zone:

Alien visitor #1: Understand the procedure now? Just stop a few of their machines and radios and telephones and lawn mowers… throw them into darkness for a few hours, and then just sit back and watch the pattern.

Alien visitor #2: And this pattern is always the same?

Alien visitor #1: With few variations. They pick the most dangerous enemy they can find and it’s… themselves. All we need to do is sit back… and watch.

Popular delusions are a foundation of trend following profit.

“100-year floods actually happen far more frequently. Since 1929 there have been 18 market crashes.”