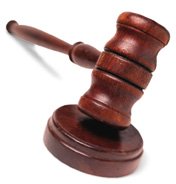 Federal Judge Milton Pollack dismissed class-action claims brought against Merrill Lynch & Co. and its former analyst Henry Blodget by investors in two Internet stocks that collapsed when the market bubble burst. Must reading for all those who refuse to take responsibility in the great zero-sum game called the markets.

The market “bubble” burst intervened before plaintiffs got out of their holdings and their holdings lost value. The plaintiffs, learning of the subsequent actions of the regulators concerning the conflicts mentioned above, rushed to the courts in these cases seeking to recover the losses they experienced due to the intervening cause, the burst of the bubble. The companies involved herein were duly registered with the SEC. Their assets, liabilities and economics were there disclosed for any holder or purchaser including these plaintiffs to evaluate at his own risk. What was missing, was what a willing buyer would pay to a willing seller to own the stock‹with all the relevant information of the fully published underlying corporate values there for everyone to see and evaluate. In the euphoric early phase of the bubble experienced by the market buyers of stock traded in the optimistic expectation of finding someone who valued acquiring and possessing the stock at a level higher than the holder did even if some of the risk analysts of the stock privately had doubts from time to time, on price, future market value, but not underlying assets. The risk manager’s forecasts on future price were both correct and incorrect depending on the timing of the mercury level in the market thermometer. “Buy” or “accumulate” opinion was an appraisal of the direction of the unsteady market fever. Those who listened to those prognostications were rewarded with huge paper profits if they cashed in – depending on the cycle of the bubble. Others missed out with the collapse of the fever.

This next excerpt goes right to the notion that you can’t sue if you lose in the zero-sum game:

The record clearly reveals that plaintiffs were among the high-risk speculators who, knowing full well or being properly chargeable with appreciation of the unjustifiable risks they were undertaking in the extremely volatile and highly untested stocks at issue, now hope to twist the federal securities laws into a scheme of cost-free speculators’ insurance. Seeking to lay the blame for the enormous Internet Bubble solely at the feet of a single actor, Merrill Lynch, plaintiffs would have this Court conclude that the federal securities laws were meant to underwrite, subsidize, and encourage their rash speculation in joining a freewheeling casino that lured thousands obsessed with the fantasy of Olympian riches, but which delivered such riches to only a scant handful of lucky winners. Those few lucky winners, who are not before the Court, now hold the monies that the unlucky plaintiffs have lost, fair and square, and they will never return those monies to plaintiffs. Had plaintiffs themselves won the game instead of losing, they would have owed not a single penny of their winnings to those they left to hold the bag (or to defendants).