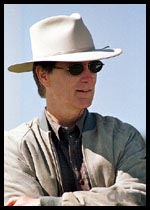 The following excerpt shows just how much wealth can be generated by trading trends:

BOSTON (AP) — In a $700 million deal that would double the record price for a baseball team, the limited partners of the Boston Red Sox voted unanimously Thursday to sell the franchise to a group led by Florida Marlins owner John Henry and former San Diego Padres owner Tom Werner…Henry, a math junkie and former commodities trader who bought the Florida Marlins from H. Wayne Huizenga in 1999 for $150 million.

John W. Henry is one of the great trend followers of all time. The excerpt above states he is a former trader — he never stopped!

How did Henry make the money needed to buy a pro baseball team? Read:

Barings Bank and Henry Part I