What is the difference between Mary Meeker and the guy below?

Gary Boire, Vice President of Investments at Fahnestock & Co. Inc., a NYSE brokerage firm in Portsmouth, acts as Chief Tecumseh, as he casts his evil spell on the current Bear Market. As Investment Representative, Bruce MacIntyre plays a ceremonial drum, the chief chants to rid the stock market of it’s downswing. It is the chief’s 4th appearance over the past 28 years and he swears the superstitious tradition works in improving the market. 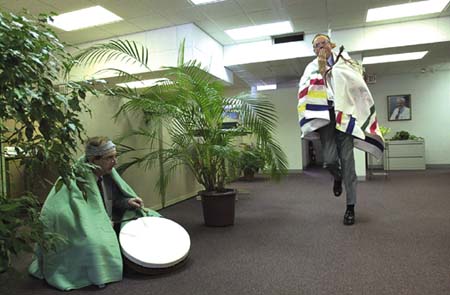 Some might find the comparison between Meeker and Chief Tecumseh unfair. Those people are out of touch.

Why Many Traders Lose Money?