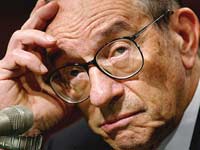 John W. Henry has offered a famous quote on the Fed:

Why worry about what the Fed is going to do? You can’t predict its actions. Even if you could predict the Fed’s next move it would still not tell you how much to buy or sell. The great traders setup their trading strategies from the beginning to react to trends as they happen. Trend followers predicate their strategy on markets always changing. A changing marketplace has no impact on you whatsoever if your trading style has been developed from the ground up to respond to change.

Think about it. If you have a plan in advance then you are prepared for anything. Trend followers are always prepared for unpredictable Fed actions, wars, rumors of war, elections, scandals, embargoes, treaties, droughts, floods and market crashes. Trend followers do not wait on their hands and knees unable to think before a Fed action. Their plan is in place. They react to what happens. Sure, it might be counter intuitive, but what is the better way to handle uncertainty?

Said another way by Clayton Christensen:

Wall Street analysts are theory-free investors. All they can do is react to the numbers. But the numbers they react to are measures of past performance, not future performance. That’s why they go in big herds. Wall Street professionals and business consultants have enshrined as a virtue the notion that you should be data-driven. That is at the root of the inability of companies to take action in a timely way.